Decent wind protection is essential outdoors (and sometimes indoors), but quite what to use for different conditions isn’t always clear. Is a massive full blimp overkill for more benign conditions and, as well as size and weight, is it having an effect on the mic’s frequency response? Are simpler windshields, such as foams and softies, better in lower wind? Is one full blimp better than another in high wind? Is a cheap Rode blimp terrible compared to an expensive Rycote Cyclone? When choosing windshields I often grab what I think will be best for the conditions and use, but this involves a combination of experience together with some untested assumptions. Having acquired quite a few windshields along the way, it is high time I tested those assumptions. My collection of windshields doesn’t cover all brands, but it covers several types and, therefore, these (admittedly unscientific!) tests may have value beyond personal musing: I hope so.

For the first set of tests, I took a pair of Rycote HC-22 shotgun mics into the garden on a day with light wind, up to around 8 mph (13 kmh), with the some stronger gusting: by no means what I would describe as a calm day, but not what anyone would say was a blusterous day. I used shotgun mics throughout all the tests as these are geared to the outside for film and TV sound, and even have some use in other types of field recording. Obviously other polar patterns – most noticeably omni mics – have a much lower sensitivity to wind noise. Since I’ve used shotgun mics that means I haven’t included some of the windshields I own that don’t fit these mics, such as the Rycote Baby Ball Gags or the Rode WS8.

For the low wind tests I recorded tests in pairs, working my way up from a bare mic to the most sophisticated windshield that I have (a Rycote Cyclone). The sounds recorded are the garden ambience, plus a bit of key jangling to get those high frequencies: I’m not certain I always got the keys equidistant from the mics, so don’t be misled by any volume differences arising. In all the tests there was no low-cut/high-pass filtering and the HC-22 mic has a better bass response than many a (dialogue-focused) shotgun mic, so all these tests emphasize the effect of wind: the WAV files will allow you to play around with EQ to try to remove the low-frequency wind in a DAW should you wish. Anyway, here are the first batch of tests:

The results are entirely as expected: massive (unusable) wind rumble with the bare mic and, while the foam improves things in the second test, it hardly represents a solution in such light winds. I wouldn’t use any mic outside with just a foam windshield.

Again, as expected, there is a significant difference between the foam and the Rycote Classic-Softie Kit (18cm), with such softie windshields evidently designed for outdoor use. There is significant wind noise with the softie, however, despite the light wind: a high-pass filter in post at 100Hz removes most of it. I guess softies are a viable solution if a) you are in light winds; b) are recording sources where heavy EQ of the bass doesn’t matter; and c) where size is critical (e.g. ENG work). Cost might come into play too (this softie, without the grip, costs around £80, and cheaper alternatives can be had), though it is highly questionable as to whether anyone recording outside with any degree of seriousness wouldn’t have a full blimp: and, of course, softie-styled windshields will only cover similar mics in your collection (e.g. in this case, medium-sized shotgun mics).

With the first full blimp in the tests – the Rode Blimp mk1 here used without its fur/dead wombat – there is a distinct reduction in wind noise and certainly no loss of high frequencies compared to the Rycote Classic Softie.

And now with its fur on, the Rode Blimp is, effectively, the first recording without wind noise. Looking at it in Reaper there is some essentially inaudible low-frequency rumble (e.g. starting at 17 seconds into the clip), that is easily removed with a high-pass filter; the rumble is very audible on the softie windshield and not fully removed by the same high-pass filtering (100 Hz, 2 octave). Which is reassuring: for the level of wind, degree of exposure, and mic pattern, a Rode Blimp with fur on is the minimum wind protection I would have used for such a recording. Perhaps experience has some value!

With two blimps with fur unsurprisingly in this wind level there is no discernible rumble: this tests serves to show that the smaller Rycote Nano Shield NS4-DB is effective, and that there is no discernible difference (at least to my ears!) in the high frequency performance/acoustic transparency. The elliptical shape of the Nano Shield may have some benefits in some situations, but it’s not evident in this field test.

Rycote makes quite a bit of the 3D-Tex material covering their Cyclone windshields, saying it ‘provides enormous benefits in terms of surface turbulence and acoustic impedance, resulting in wind-noise reduction comparable to the combined modular-style windshield/fur cover performance’, so I thought it worth testing the medium Cyclone without its fur, and, by comparison, the Rycote Nano Shield NS4-DB without its fur too (and just the basic grey sock). Both struggled with the relatively modest wind (OK a little breezier than in the previous test a few minutes earlier) and while the Cyclone fared rather better, wind rumble is pretty evident. That windier section from 25 seconds onward isn’t easily removed by modest high-pass filtering (100 Hz, 2 octave) even on the Cyclone: in these far from extreme conditions I would’t use either without its fur.

Putting the fur on both the Rycote Nano Shield NS4-DB and the Rycote Cyclone medium removes the wind noise entirely, as expected. I can’t hear any difference in the high frequency performance/acoustic transparency between the two in this test, or, indeed, listening back to the previous test. I would expect that more scientific testing would reveal some attenuation of high frequencies with any fur added to a windshield, but it is a small price to pay vs wind rumble. Again, in anything but the very lightest of breezes, I would add the fur to a blimp, and these field tests have confirmed that as a reasonable modus operandi.

Moving on from the tests in more benign conditions, this part of the post focuses on tests in high wind. Accordingly I have ruled out the smaller and cheaper solutions: I know from experience that a Classic Softie won’t cut out the wind rumble and that even a full blimp with fur will need a low-cut filter somewhere along the chain to get an acceptable sound. So this test is simply between three full blimps I own and, given that the wind was gusting strongly, each was fitted with its fur.

The three windshields are:

Rode Blimp mk1: no longer in production this has the same basket and fur as the updated mk2 version that is in current production, although the latter is lighter and has lyre suspensions. This is an improvement for use with a single mic, especially if booming, but I prefer the mk1 version for its more adaptable suspension: I can fit two or even three SDC mics in it, still centralized and well away from the basket (it is 100mm diameter), for mid-side and double mid-side recording. The current version of the blimp sells for a street price of around £200.

Rycote Nano Shield: this is the newest of Rycote’s long line of windshields, and is distinguished by its small size, light weight, tool-free adjustment, eliptical profile (internally the basket is about 105mm wide and 85mm high) and inbuilt (external) low-cut filter. It has other attributes, such as being flexible, that have less obvious benefits to me. I have two of the Nano Shields: a diminutive NS2-CA for short shotgun and hypercardioid mics, and the larger NS4-DB for medium shotgun mics. I have used the larger NS4-DB for these tests, given that I used the Rycote HC-22 shotgun mic. The NS4-DB has a street price of around £600.

Rycote Cyclone: this is the most expensive of Rycote’s windshields and, with its size and design, this very much suggests it is their most capable model. It comes in three basket sizes, and with a mono and a range of stereo and double mid-side internal mounts. My version is the mono medium Cyclone. The street price (including the separately sold fur) for this is around £720.

The tests were pretty simple: the three windshields were mounted on a bar on a stand and faced straight into the wind, which was gusting to around 45mph (72kmh). Recordings of the Rycote shotgun mics (each at 26dB gain) were made simultaneously into a Sound Devices Mixpre-3, with no low-cut filter applied. I only have two Rycote HC-22 mics, so for these three-way high wind tests the third mic was a Rycote HC-15 (used in the Rode Blimp): I don’t think this invalidates the tests as it is such a close match to the HC-22, as demonstrated in my other tests/posts. The two Rycote windshields, however, did use matching HC-22 mics. The location was a garden in a quiet Norfolk village, so the wind can be heard hitting trees and hedges, as well as the mics themselves. I read a short piece of text to give some dialogue too (sorry: I am no voice actor!), and then afterwards in Reaper just spliced a few bits of the recordings together (to capture the reading and some wind gusting) and trimmed the length: no other processing (again, no low-cut/high-pass filter applied). Here are the three recordings:

All three WAV files here will allow readers to listen and play around with them themselves and draw their own conclusions. In terms of coping with high wind, there isn’t a vast difference: without a low-cut/high-pass filter and no attempt to seek a more sheltered spot all three are affected by the strong gusts as, indeed, I would have expected. The Rode does have a little more noise, again as I would have expected: this is evident by listening and by analysis, which shows its peak at-12.5dB vs -15.1dB for the Nano Shield and -16.6.dB for the Cyclone. Applying a high-pass filter in Reaper shows up the distinction a bit more, as it is much easier to cut out most of the low frequency wind energy with the Cyclone than with the other two windshields.

So where does this leave me? All three full windshields are effective, with the performance differences between them, while noticeable, much smaller than between them and the next tier down of windshields (i.e. softie types). The Cyclone is clearly the best in terms of pure wind noise reduction, so I’ll continue to use that where practical. If booming for dialogue (and that isn’t very likely in such high wind) or if travelling minimally, however, I’ll continue to use the lightweight and compact Nano Shield (and very possibly my still smaller NS2-CA for short shotgun and hypercardioid mics) instead. But if wanting mid-side or double mid-side flexibility, I won’t be worried about using my wonderfully adaptable old Rode Blimp. So no real change to what I do anyway! 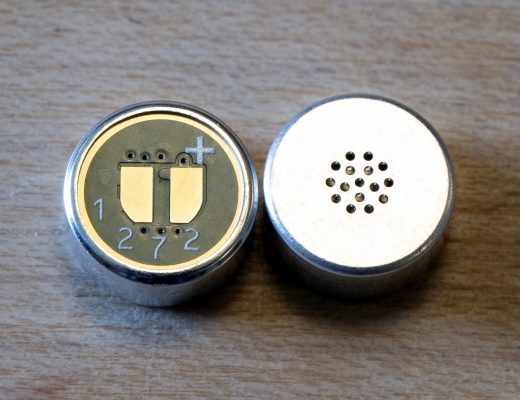 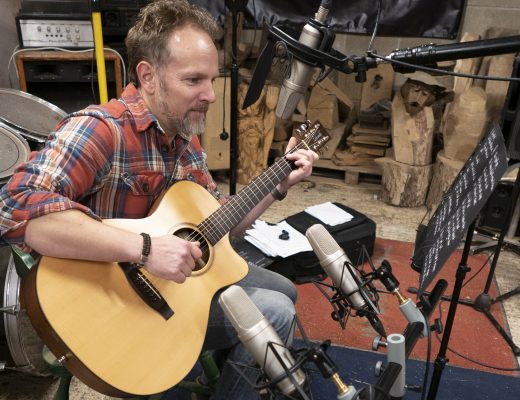 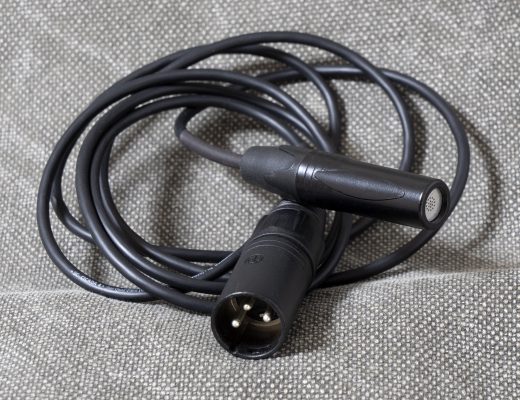