As I said in my original review and tests of Rycote’s new shotgun mics pricewise they sit in rather unpopulated territory, above the equivalent mics made by, say Rode, and below the professional shotgun mics made by Sennheiser, Schoeps, DPA etc. Since comparisons with other mics are few and far between, this weekend I spent some time comparing the Rycote HC15 and HC-22 mics with the newest and arguably most comparable of Rode’s shotgun mics – the NTG5. With prices of £672 and £690 for the HC-15 and HC-22 vs £495 for the NTG5, there is quite a gap: more so, when discounts of Rode’s more established 2019 mic are taken into account (though, I have noticed some discounts already on the Rycote mics). So this is more a case of seeing what more do you get for the extra £200 than really expecting the Rode to match the Rycotes: though good to keep an open mind as, of course, Rode have a lot more experience at making mics.

First off, I compared the self-noise in the real world. Both the HC-15/22 and the NTG5 have low self-noise specs, at 8.5dBA and 10dBA respectively. As I pointed out in my original review, the low-self noise of the Rycote mics seems borne out in real-life (being pretty much indistinguishable from that of the LDC Rode NT2-A, with its 7dBA self-noise): measuring self-noise of the HC-15/22 and the NTG5 showed a difference of 2.5dB, which is rather more than the expected 1.5dBA from the specs. Given the previous test against the NT2-A, it seems that the Rycotes are in fact a little quieter than the specs suggest. In this vein, it is interesting to note that on Rycote’s Facebook page for 26 Sept they note the following: ‘Updated spec sheet available on our website. Please note an update we made to the self noise. Our pre-production batches were all clocking in right at 6 dB. Now that we have moved to full production the mics are clocking in at 8.5 dB. This is not unusual given that we now have larger batches of components that don’t always line up to perform the exact same. So rather than keep the self noise at 6 dB (+/- 3 dB) and claim to be “within tolerances” … we adjusted it to 8.5 dB so you know that’s what you can expect when get one of these mics.’ It seems then, that 8.5dBA is conservative and that some mics at least, such as my pair, are noticeably better. Of course, not all self-noise sounds the same, so here are the unedifying sounds of both for comparison, with the mics buried deep under duvets etc. in a quiet house with the faintest sound of a loud clock ticking:

So there is a little bit of a difference in the tone, or spectrum, of the self-noise as well as the level, but nothing hugely significant: both the Rycotes and the Rode shotgun mics are extremely good in this regard.

Next test was outside booming of dialogue – obviously the main use of such mics. With the mics mounted closely together (see top pic) in a Rode blimp, and with the boom pole held static by use of a lightstand and Boombuddy, I recorded on-axis and off-axis sound. In the samples here, you hear the on-axis sound followed by a brief silence then the sound at 90 degrees:

Some significance difference here then: the HC-22 (and I am using this one in the blog post to compare to the NTG5 as nearer to it than the HC-15) sounds much clearer to my ears both on and off-axis. As per my original review of the Rycotes, the off-axis performance of the mics seems pretty good in terms of low colouration (which, though hard to achieve with an interference tube, is what we all want).

On now to a test of the mics indoors, in tough conditions for a shotgun mic: a small living room with a very low ceiling. What isn’t apparent from the tests below is that the mics were never still, but were on a swinging boom continuously moving with the subject, about 300mm from the talent’s mouth. This was to avoid the problem with many static indoor mic shotgun tests where the mic can happen to be placed well, with no problems from comb filtering. Neither recording sounds very good, but neither sounds as bad as you might fear in such a space. Most would use a hypercardioid in such a situation.

Then, finally, for stereo ambience recording it was back outside to hear how the HC-22 and NTG5 compare being the mid mic in a mid-side stereo pair, with the fig 8 side mic being provided by an AKG CK94. The ambience is another recording of the street in this small Norfolk village, with cars passing and, given the murky weather this weekend, dripping of water from fine rain and mist condensing on trees. Horrible! But both mics did a good job.

So, what to conclude? Well, while both mics seem fine, personally I much prefer the Rycote mics. The most telling tests were those I did of outside dialogue and the example I posted above reveals the difference more than the other tests: the Rycote mic has a much clearer, more open sound than the Rode. Given that outdoor dialogue is the primary use for such mics, that is pretty telling. Whether it is worth £200 for the improvement is, of course, up to others, but I would suggest that the Rycotes happily play in more exhalted – and expensive – company. Worth a good listen and test, or even adding to your Christmas list (if you have anything so mercenary)! 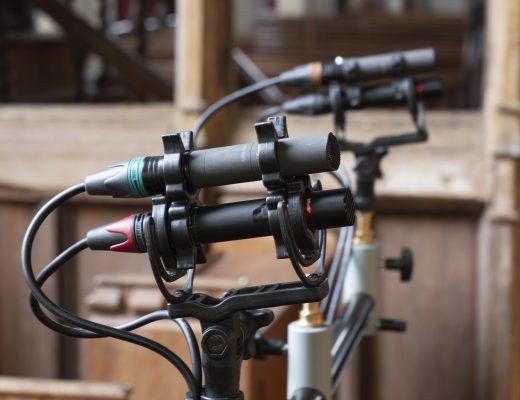 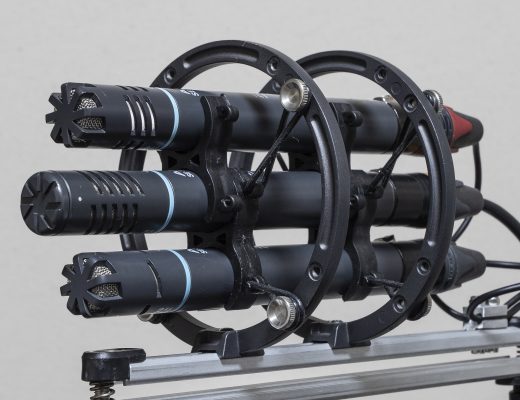 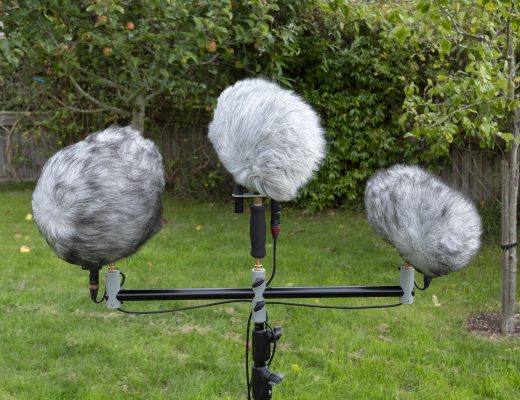