After the fun with You Don’t Do Anything, it was great to be invited by Lucy Grubb to make a second music video – in this case for another of the four songs on her recent EP. This time the song was the more reflective title track – Waste My Time. And for this video, it was to feature Lucy only rather than the full band and to be filmed in rural Norfolk locations. With the May weather being such a washout, my plans for a few evening shoots – catching the wonderful light of the ‘golden hour’ before sunset – bit the dust, and we had to film everything in the harsh sunlight on the last Sunday of the month so as to have the video ready for release a week after the EP. After a brief visit to Stiffkey marshes – where the mud and half-filled creeks threatened Lucy’s outfit – we moved on to the rather implausibly located Iron Age hillfort at Warham (with its ramparts and solitary holm oak tree), then blooming oilseed rape fields, the stable and paddocks of a friend (to meet up with the star of the video – Annie the shire horse), and, finally, Swanton Novers Wood. Things went pretty smoothly, even – in spite of Fields’s warning to never work with children or animals – the shire horse session: Annie is a gentle giant and seemed unruffled by this being Lucy’s first time up close to a horse.

Filming involved a simple equipment list: a Lumix G9 with both the Meike T2 cinema lens and the Leica Lumix 12-60mm (the latter for shots with the gimbal – the Zhiyun Crane v2); and a drone for the intro and outro shots (using the diminutive DJI Mavic Mini). To keep things simple, I avoided lip syncing for the drone shots, but the rest was synced – as before – with the pre-recorded track played back through a Bluetooth speaker. Again, I edited in Vegas, giving it a fairly heavy grade to match the previous video: well insofar as possible given the very different weather and light.

You can play the song on Spotify and here’s the finished video: 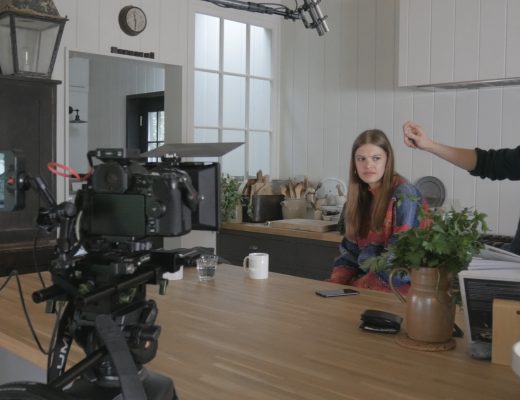 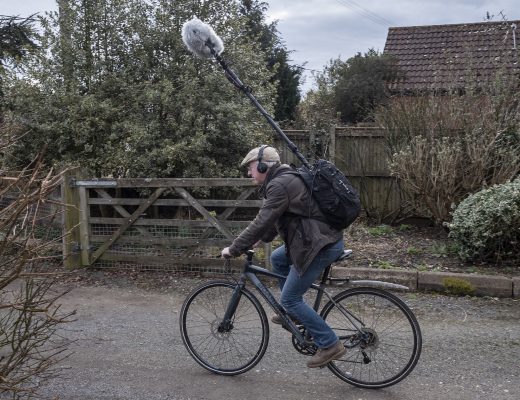