It has been a drawn-out project, what with Covid-19 lockdowns and restrictions, but currently I’m midway through recording an acoustic album for Norfolk singer-songwriter Luke Chapman. It’s a long way from some of Luke’s other musical pursuits, such as the stoner grunge rock Rolodex of Gods. After an initial session at Oulton Chapel (lovely acoustics), we have since been using the woodstore part of his workshop on the edge of the Barningham Hall estate: by day Luke is a woodcarver.

With a sitting position and songs with a huge dynamic range, Luke’s voice and guitar playing need the mics to give as much separation as possible between the tracks. Early tests included using a ribbon mic on his vocals (a NoHype Audio LRM-V), but I have since been using three Rode NT2a mics, all in figure-of-eight pattern so that the nulls are used to great effect to cut out spill as much as possible: the guitar mics – a stereo pair – are parallel at 300mm spacing, one aimed around the 12th fret and one towards the bridge. The results are sounding good (to our ears): the Rode NT2a is often underrated, but the HF1 capsule (also used in the Rode K2 tube mic) is quite different from the harsher capsule of the Rode NT1a and is a pretty neutral beast. And so quiet (7dBA) that you can hear the rats running around in the roof as we record. The three mics are fed through to the ‘control room’ (the main workshop) to a Sound Devices MixPre-3: simple, but effective.

I’ll post more – with some audio – as the project continues. 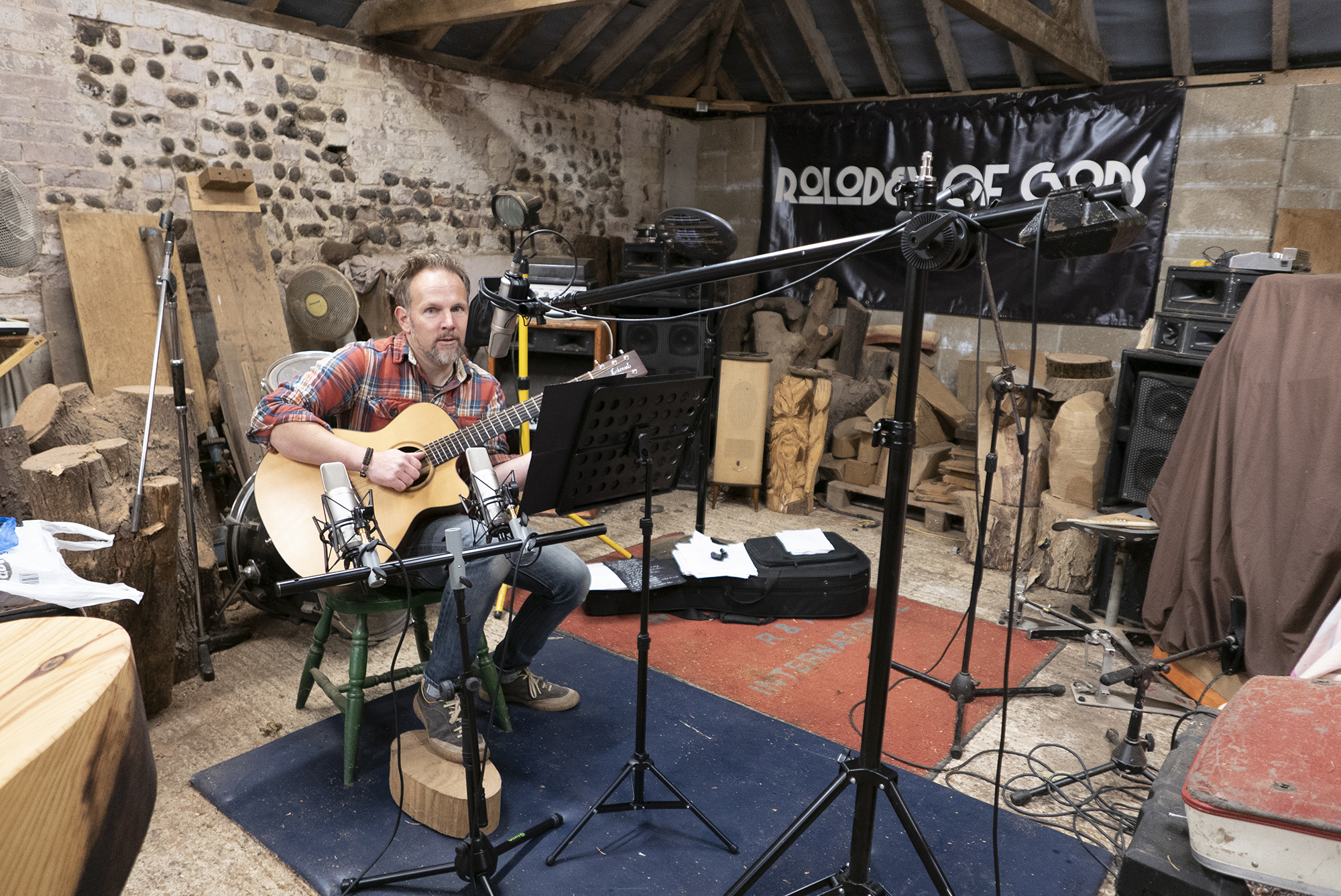